Bence Bacskai: I can not rest 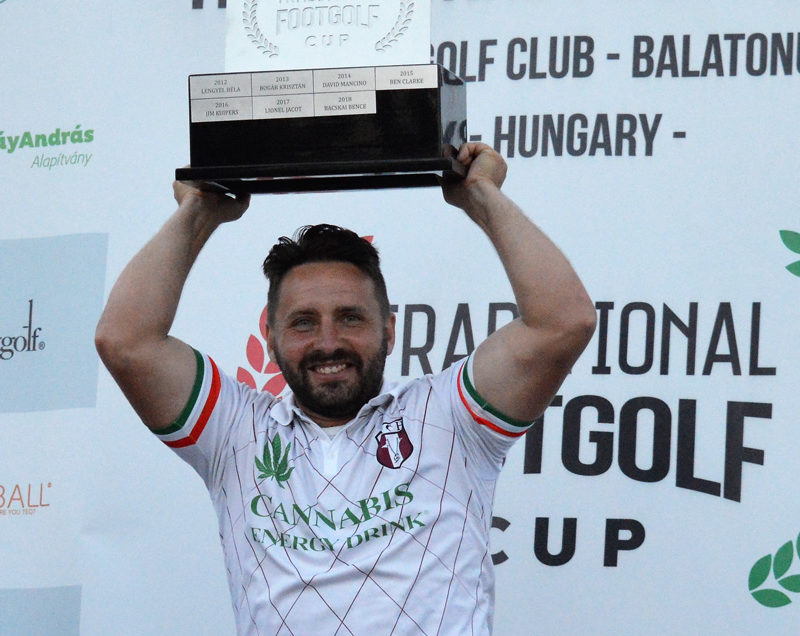 Hungarian player won the Traditional Footgolf Cup in Hungary, which was happened last time in 2013 thanks to Krisztián Bogár’s victory. Bence Bacskai, winner of the FIFG 500 tournament has learnt from his previous mistakes last weekend playing in the final flight and beating the leader David Mancino, who was ahead of him with six kicks during the last day. Bacskai has now can prepare for the World Cup, he is the first Hungarian, who has qualified for Morocco thanks to this victory.

You were in the final flight last year, from a winning position finished third after losing in the playoff for the second place against Tomas Bartko. Was it in your thoughts on Saturday, when it was cleared, you will be among the best four again on final day?

Yes, of course. In the last few weeks I have made the same mistakes in the Czech Republic and in Slovakia, what I did last year in Kisoroszi, Hungary. I have to release these kind of thoughts, because, who can not leave behind him these feelings, never becomes a good player.

So, were you sleeping well the night before the final?

Yes, it was so different to the Czech and Slovak Saturday evenings, were I felt unsure. Last weekend I went home to have a dinner, and slept well without any needless thoughts. I felt, it would not be the same ending. 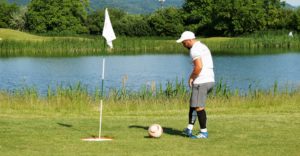 The last kick of Bence Bacskai

But David Mancino was ahead of you with four kicks…

It became six after the start of the second day. I believed, it could possible to catch him, but I was not sure. It was to much. But we were tied after the half of the course. That was the point, I knew, everything could happen. I asked the people around me not to tell me the results of the other flights. There were a caddy with me to tell me what I needed during the game.

When you were only three metres from the last hole, what did you feel in that glorious moment?

It was so ecstatic, the time has stopped, and the only thing I had to think about was my wife and my son who will born soon.

Have you ever seen this amount of crowd crying around you, particular men?

I should say no, but, I have to say yes, because it was a magnificent moment a few weeks ago, when we were married and people was so happy because of our happiness.

You won, the FIFG 500 tournament, you were the best Hungarian at the Traditional, which meant in your country’s qualification system, you will be in the World Cup. Can you rest a bit?

Not at all. In footgolf never! If you are not practicing, it will be seen in your results. I have worked hard to win one of the Neighbour Trophies to get qualification, but it does not mean to have a rest. I go to Austria this week to compete again on an FIFG 500.

Bence Bacskai: I can not rest