Vangel and Dian won the wildcard 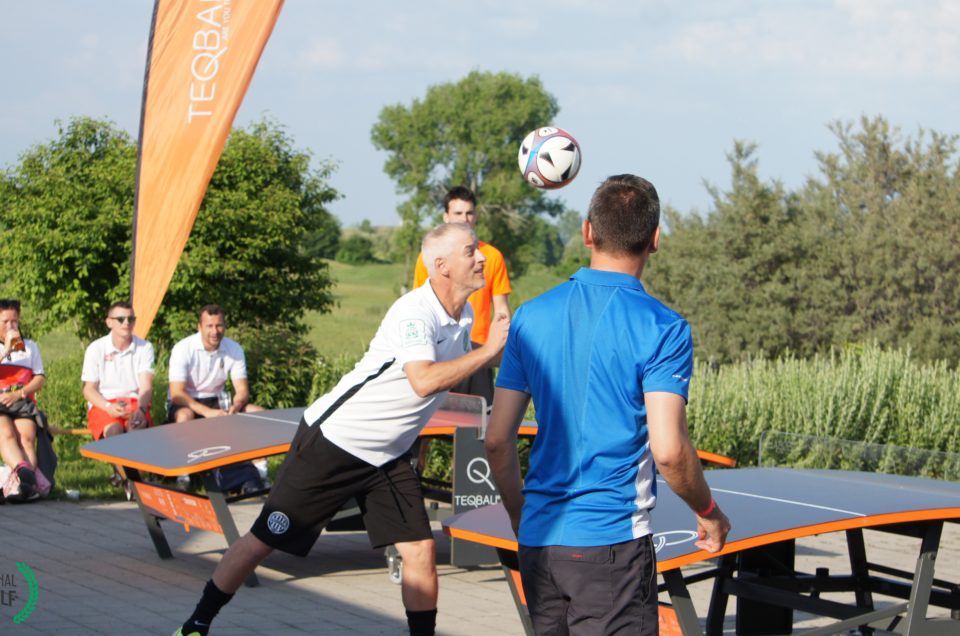 16 pairs have been competed in the teqball competition on Saturday, where after the group stage (round robin among 4 pairs) the Slovakians were unbeatable.

Dušan Vangel and Michal Dian have won their group, then beat the Julian Perrone-Lionel Jacot duo in the quarter final. They won the semis also against Gábor Simonyi and Flávio Azenha. They were better in the final against Martin Galajda and Josef Nemec as well. Vangel and Dian have won the teqball contest and wildcard for the 2019 Traditional Footgolf Cup atBalaton Golf Club.

Vangel and Dian won the wildcard