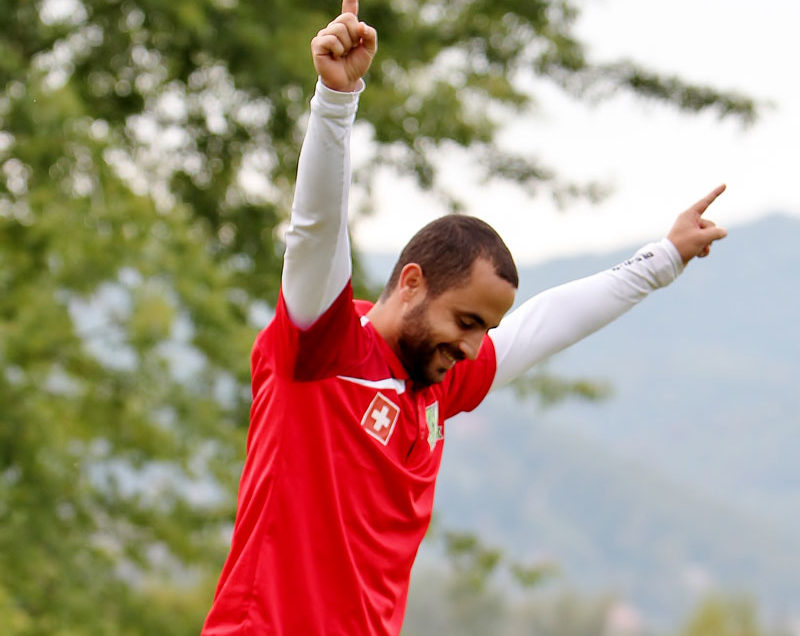 The winner of the Traditional Footgolf Cup in 2014 was David Mancino. The Swiss heart has broken because he can not come this year. As he says, Hungary is one his favourite place. He loves that it is made for the players.

“Back in time, we were mainly travelling to have good times with new people from around the world and Hungary has always been a very special place for that. The atmosphere, the vibes are comparable to nowhere else, it is unique. The first time I came, I was with Cedric Jenni and I remember this tournament as a perfect weekend made of thousands of crazy laughs. This probably helped to be relaxed on the course and to play my best game.” remembered the “old times” David Mancino, the winner of the 2014 edition. He came back every year and was in the final flight twice, but could not lift the trophy again. Maybe next year.

“It is truly a tournament made for the players. All the staff really focus on making us feel good, whatever is your level. Unfortunately, I can not come and I feel gutted for that. I organise a main footgolf junior event in Geneva. Hungary is always on my top list but this time, I won’t make it.”

He has a tough month ahead with four tournaments in May.

“After that, I’ll decide if I focus on the Swiss Championship or try to progress on the World Tour.”