Jacot: It’s for the players 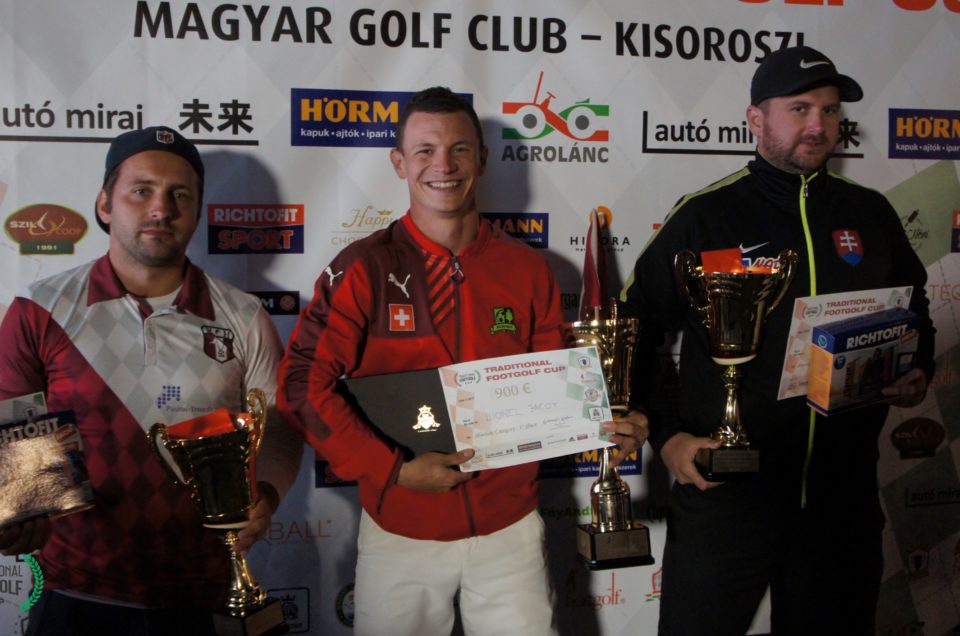 The Swiss Lionel Jacot was the winner of the 2017 edition. He broke the course record on the final day and won in Kisoroszi from an underdog position. He is coming again to Hungary, because he knows, this tournament is for the players.

What is your first memory about your victory in Hungary in 2017?

It was a very special day, because I was seven shots behind the leader after the first round and I played a course record during the second day for an unexpected win. Being “in the zone” all day long is a feeling that you can’t forget. So this victory will be special to me forever.

If you have to mention one thing, what makes the Hungarian tournaments special?

It’s a tournament FOR the players. Everything is planned to put the players in the best conditions possible to express their games.

Do you come this year?

Of course! I always do my best to come to Hungary for the Traditional Footgolf Cup, one of the best tournaments on the tour.

What’s your expectations for the season?

After an ‘up and down’ year, I want to be more consistent and trust myself again. The rest is only numbers…

Jacot: It’s for the players