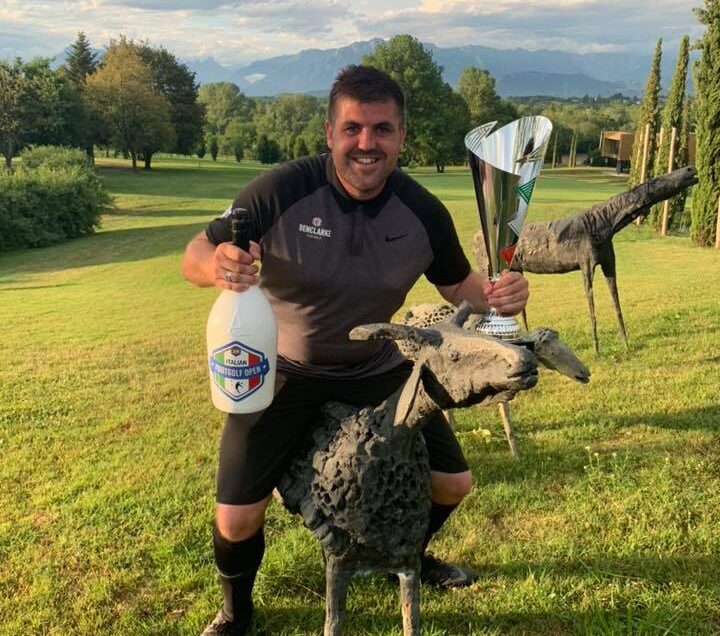 Everybody is asking, who will stop Ben Clarke. After the Italian Major this weekend, we can ask it again. The British giant won it by five kicks and has conquered half of Europe.

Clarke was second in the first Major in the US this year, but has already ​won the Irish, Dutch, French and Swiss FIFG 500 tournaments in the season. He could not be beaten in Italy on the three days of the 7th Italian Footgolf Open.

The British footgolfer was the leader after the first and second day too and kept his lead at the end of the FIFG 1000 competition. Vincent Huber (SUI) became second and Michal Dian (SVK) third.

Gianluca Bortolin (ITA) won among the seniors with only one kick ahead of Fabio Mazzer (ITA) and eight ahead of Milko Capraro (ITA) completing a full Italian podium.

​Ákos Tajtyi (HUN) was the best junior player playing during the three rounds.