Kuipers: Hungary made it global 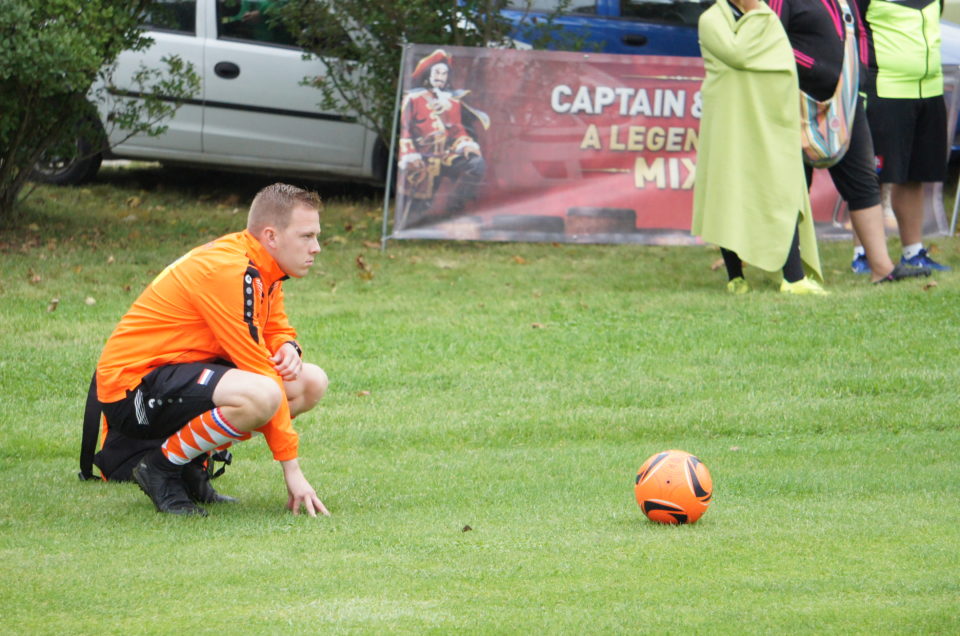 The Dutch Jim Kuipers made his international debut on the first World Cup in Kisoroszi, Hungary in 2012. Four years later he won the Traditional Footgolf Cup there after an incredible ending in the playoff. He believes, thanks to the first international steps, Hungary helped to put footgolf on the map.

“When I think about my victory in 2016, the first word that pops up is: unexpected. I had an average first day, with almost 20 players who played better than me. With a brilliant final day you could be able to move into top 10, maybe top 5, but a win is not what you expected after so many good players in front of you. With a good but not even brilliant final day I managed to become one of the three players on top, so I had to battle for the win with Matias Perrone and Tomas Bartko. Two players you do not want to face in a playoff. But I continued my play of the 18 holes on that day and after an intense extended playoff I made a wonderful birdie putt on hole 18 to secure the win.” said Jim Kuipers, who had a brilliant season in 2016, winning the EFT, not just the Hungarian stage.

He said, Hungary was special to him and for a lot of players, because of history. Footgolf was born in the Netherlands, but Hungary was the place, where the FIFG was established during the first World Cup.

“My first international tournament was the World Cup in 2012 in Kisoroszi. Where the sport was played in Holland for the first time, Hungary was the start for the sport to become a global thing. I’ve been to the Hungarian Open four times, also because I think the Kisoroszi course is one of the best in Europe. As Gabor Gelencser and his team were one of the first organizing international tournaments, they’ve set a standard and are always improving and adapting to the players wishes. That’s also a reason to visit the Traditional FootGolf Cup!”

Unfortunately he can not compete in this year’s edition. Since November 2017 he has a new job and besides that he has recently bought a house with his girlfriend.

“These are two big changes in my life, which requires other priorities, money and days off. For that reason I am only playing in Holland and even there it will not be that often. I will play the Capital Cup and hope to defend my title at the national championship in September.”

Thats why, his expectations for himself are not so high, but mentioned some names, who can be the best in the world this year.

“First of all, I think, Ben Clarke will be as good as before, maybe even better. But there will be new competitors, who will try to beat him on top of the ranking. I think, Matias Perrone’s World Cup title has given him a great boost, which showed him he is capable of winning tournaments. The Swiss Jacot and Mancino who are always in the top, but also Spain’s Menor could be a surprise. And of course, I hope a Dutch player will rise and do what I did a couple of years ago; win! I think Evgeniy Levchenko showed a couple of times now that he can compete with the best in the world and it will be a matter of time before he will actually win. Good luck to everybody, especially on the Traditional FootGolf Cup!”

Kuipers: Hungary made it global