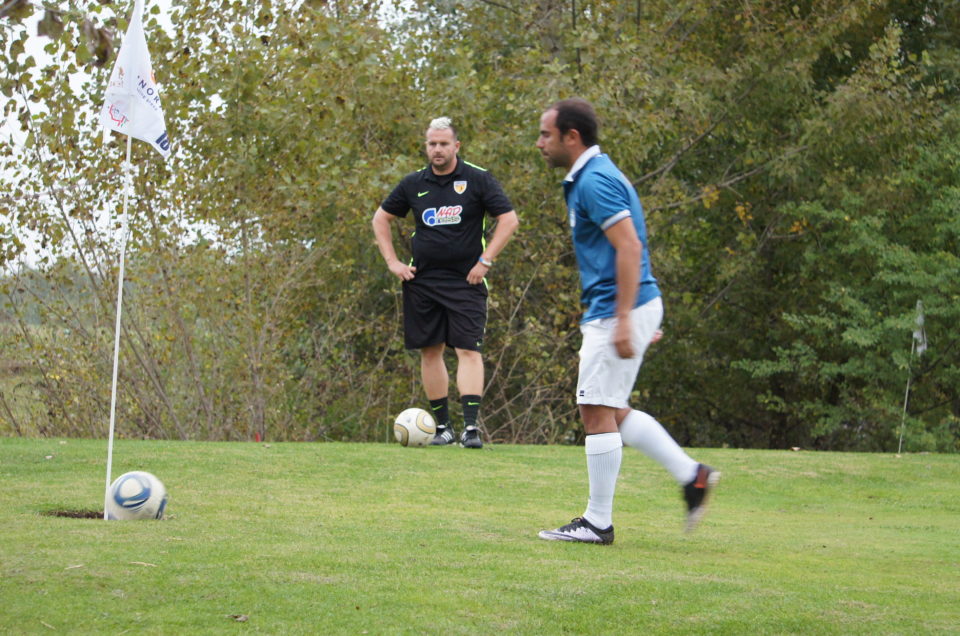 There was a tie after two days of intense Footgolf between Jim Kuipers, Tomas Bartko and Matias Perrone in Hungary, on the 13th stage of the 2016 European Footgolf Tour last weekend. There was still no winner after three holes, then Kuipers won the playoff on the extra hole, but Bartko and Perrone had to decide, who earned the silver. The Argentine focused better in the nearest to the pin game and he finished second following an emotive tournament.

You played on 36 holes, then a playoff of four holes, and finally you won the silver against Tomas Bartko in the nearest to the pin game. Are you tired?
Of course yes, but not really in my legs, more in my mind, but I am so happy. To achieve this great result in Hungary is special for me, because I played in the first World Cup here in 2012. All the footgolf family was here this weekend, which meant so much to me.

Are you satisfied with second place after you lost the playoff against Jim Kuipers, but beat Tomas Bartko?
I have travelled from Argentina only for this tournament, so I am more than delighted to bring back home the trophy for second place. I felt the support from home during the weekend, and via internet. Thanks to the live coverage, a lot of friends helped me during the game. The Hungarians and Swiss players made a very kind atmosphere here for me.