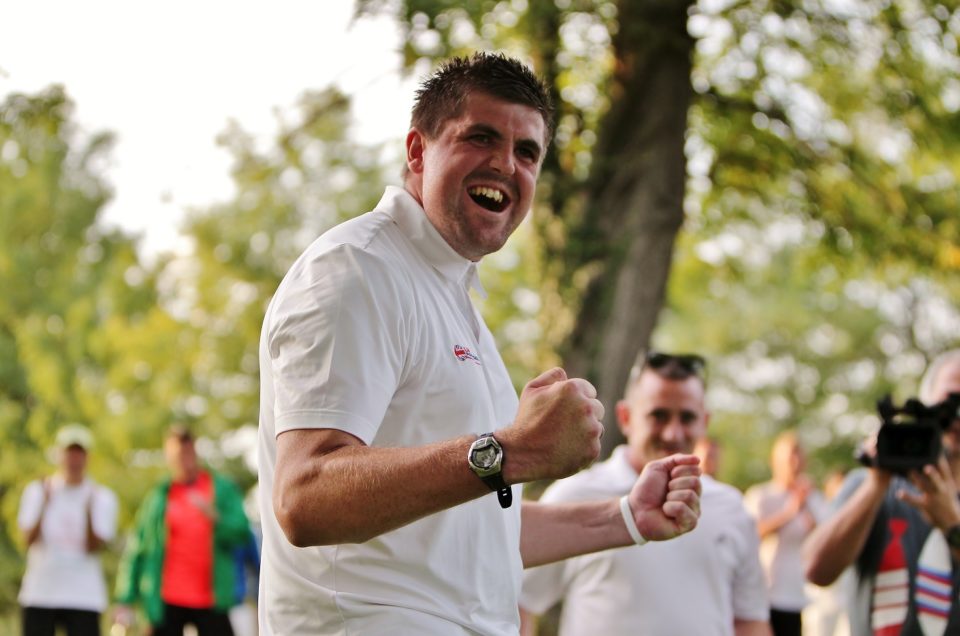 Ben Clarke won his second tournament in a row, he was crowned in Croatia and now Hungary too. After having three players in the first four place at the 13th stage of the European Footgolf Trophy Tour (EFTT), UK won the overall team competition in 2015.

Paul Oliver told us, he was so proud of his country finishing first in the team competition this year, and explained, what was he doing with a pencil before every kick.Paul Oliver (UK) finished second after beating David Mancino (SUI) in a play-off. With this results, United Kingdom won the overall team competition in the tour, does not matter, what is going happen in Turkey.

You can find all the results HERE.