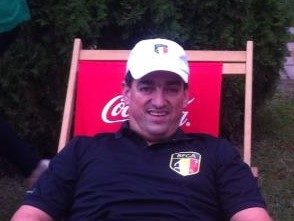 When Belgium had to reorganize everything around footgolf at home.

– It was the second time for me in Hungary, and I enjoyed it again. I want to come next time, because there are nice friends here – said Jurgen Wouters from Belgium. – The court is now shorter than it was in the World Cup, and it is harder too. If I have had more time to practice I would have been better, maybe I would have kicked ten less. Because of that it was an advantage for the Hungarians. In my results you can see, that after the first day I improved my game. The winner needs to be balanced in the weekend. I admire them, who can play like this.

He said, that in Belgium there was a federation, but it did not work, so they have to start from the beginning.

– In this time it happenned nothing, so we reorganise the whole thing. We work hard to close up. We are not so far from the top, but need some years to catch them.