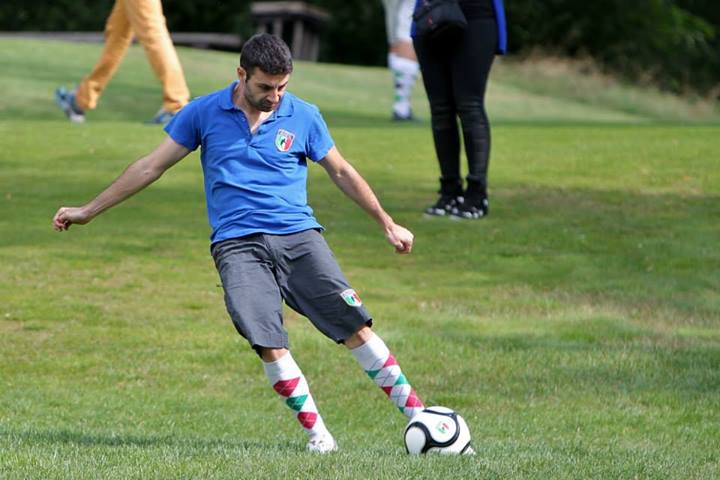 Leonardo Decaria had good news in 2013, when they started a tour in Italy.

– It will be in twenty regions, and some big names will participate in it. Retired football players and beach soccer players are going to play it. We organised a great international cup in some weeks ago with more than eighty players. There will be competition in 18th October and 25th October.

He said that in one of the golf court Tuesday was footgolf day, which is a big step. There are regular holes in some golf courts too. He was happy to had the possibility to return to Hungary, where the first World Cup was held, and met the great Hungarian players.

– I met with great persons again. The World Cup winner Béla Lengyel is the best example how can someone find for himself the best sport. It is not football, it is something else. For example I was beaten by a twelve-year old boy. I kicked bigger, but he finished better. It is a game played with brain.

He praised the grass in Kisoroszi, and the renewed court, which is harder and more tricky that was earlier.