“Footgolf can be an olympic sport” 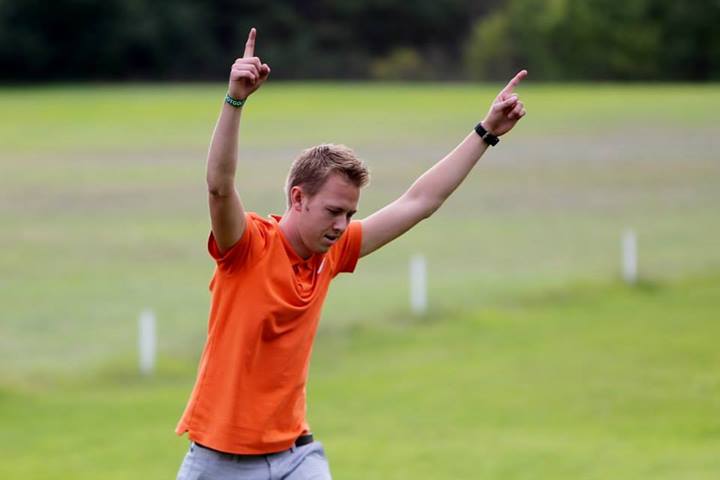 That were the words, the best player of the 2016 EFT said in 2013, after the Hungarian international tournament…

– It was a great weekend, the organisation was great again – said Jim Kuipers from Holland. – I am delighted with my score too. I would like to finished in the top ten. After the first day I was in the seventh place, the second day I achieved the third. So, after that I ranked fifth, which is great. I was afraid of the second hole. It was hard, because the Hungarians can practice there in Kisoroszi, when they just want it.

Jim Kuipers told us, in his home they organised a cup, which ended some time ago. To be in the final there was preliminary games.

– Retired football stars, like Frand de Boer or Roy Makaay were among the participants. It was up to par. The game is more and more popular in Holland and in the world too. We, footgolfers are better than the football players in this sport, because the aim is different in the two sports. Here you have to stop the ball in a place. But they learn a lot when they play with us. It is not a surprise, that Kenneth Perez tried it too, and the whole Ajax played it thanks to de Boer.

He said, now it is hard to talk about the new generation, because, his home is not ready for that yet. There is only one club, where it can be played.

– There are more and more participants, but the tendency is minimal. But it is cheerful that if someone tries it, he wants to play again, falling in love at first look. We try to reach that thing at youth level. I think footgolf will be an olympic sport within twenty years.

“Footgolf can be an olympic sport”